I started telling stories to Gy from about the time that she started on solids- which was around 6 months.  It was so much fun to observe that she would eat anything on her plate, as long as I was holding her attention with the twist of a tale.

She would listen with wonder as I described how the monkey fooled the crocodile or how the hare was tricked by the tortoise, even when she couldn’t actually understand any of the words. What made it fun (or at least I like to think so) was the way that I added exaggerated sounds and ridiculous faces at the end of each sentence. She would wait with eager anticipation for that moment and burst into tiny peals of laughter.

Somewhere along the way, I tired of hearing the same old stories, probably because I was repeating them so often(!), that I began making up stories, quite literally. Fun characters with alliterative names came into existence- Henry the Hippo, Dandy the Duck, Karl the crocodile- all of whom led incredibly fascinating lives in the midst of a very Noddy-like world. They all hung around with the cute elephant, Jumbo, who managed to find himself in sticky situations and get himself out with the help of his friends.

Each day, Jumbo had a new quandary and each day, Gy would wait for the new tale with such eagerness that I looked forward to these sessions with pleasure. Every night became story night.


This phase lasted for a good 6 years and then, some time last year, she discovered the world of Tintin and retreated into the land of the adventurous boy reporter. Her reading time increased, but our story sessions dwindled. Every night was still story night but now it was spent with the warmth of a book, rather than the cuddle from mom.

I watched with a mixture of pride and secret regret-pride that she was old enough to read and soak in the stories on her own and regret that our story-sessions were seemingly at an end. If there was one thing I cherished, it was the bonding that came out of those tales.

And then, earlier tonight, a beautiful thing happened. Gy was waiting to eat dinner and I offered to feed her today, since I wanted to do it. Her eyes lit up, she quickly closed the Amar Chitra Katha that she was reading and looked up at me with shiny eyes.

‘Of course. Shall I tell you about Lord Krishna and Narakasura?’  I offered.

‘No. I really want to hear about Jumbo elephant today.’

To say that I had a lump in my throat would be a gross understatement. I settled in, tucked my legs under me, snuggled up  next to her, plate in hand and belted out a new story about how Jumbo, the elephant, known for his sharp memory, had managed to forget a very important day- his own birthday!

Watching her laugh every time I screwed up my eyebrows, put on a look of dismay and said the sentence, ‘What day is it today? I can’t remember!’, is an image that will stay with me for a very long time to come. 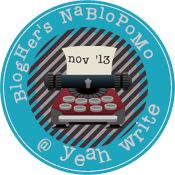 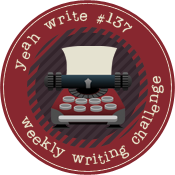 13 Comments on Of stories and story-telling