Being a mom comes with its share of lessons, at times, on a daily basis. You don’t even need to go looking for the lesson. It just happens. Silently, effectively.

About a week ago, I remember an incident that brought this home. Gy came home from school, as usual and as soon as she walked in, she hugged me. Within seconds, she then did what she always does; walked around the house like a puppy, looking for someone: Her dad.

This never fails to amuse me. It’s like watching a movie on loop. I can predict with utmost certainty what she will do next. She first heads to the study, then the living room followed by the balcony. Finally, if he isn’t there, she turns to me and asks, ‘Where’s Appa?’ An answer in the negative or the conclusion that he is away at a meeting elicits a sorrowful expression and the drooping of the shoulders. Just like a puppy!

It’s obvious she’s very attached to her dad. Most daughters are, in my experience. But you know that niggling green monster that resides deep within? That insidious creature that rears its head and says ‘Well, talk about loyalty!’ I’ve fallen victim to that on more occasions than I believe possible.

That did it. That snapped my reserve. It deliberately and quietly pushed that green monster out of the cave, on to the ledge and over the precipice well and truly into that cavern called self-pity. I sat there, smouldering in jealousy, as she chattered away with her dad in the next room.

Ordinarily, I’d have let it go. But this time, curiosity and a bit of defensiveness won over and I did something I rarely do. A while later, I playfully punched her on the arm and said, ‘You like Appa more than you like me, don’t you?’

Her initial response was defensive, where she clung to me, saying, ‘No Amma! I love you both the same.’ A bit of gentle probing and she then admitted, ‘Well, there is one thing about you.’

‘You’re rather strict with me.’ As soon as she said it, she then blinked rapidly, saying, ‘Don’t feel bad, Amma.’

At that statement, I felt a bit like I’d had the wind knocked out of me. Me? Strict? But, I never yell at her or at least, I haven’t in the last 2 years. I don’t hit her or even lose my cool with her. What was she talking about?

Subdued, I went away to reflect on what she’d said. Was I strict? I waited till I was calm and the answer came to me. Yes, I was, but not in the way you think.

I don’t reprimand her, but I do lay down the law.

I never yell at her, but I am firm when it comes to chores and duties.

I don’t get angry with her, but I am clear about boundaries and discipline.

And I don’t give time-outs, but I do ask her to reflect on her behaviour when she acts out or defies me.

I also know what you’re thinking. I’m supposed to be the Doting Mom. It says so in the name of the blog. What’s with the ‘strict’ label?

All of this made me understand that to an 11-year-old on the cusp of exploration, it would appear that I am ‘strict’, when in fact, I am attempting to be just firm. It’s a fine line, really. How do you tread that balance between stern discipline and gentle reprimand? Does that mean I am pushing her away from me, instead of bringing her closer?

Having thought it over, I went back to her and quietly wrapped my arms around her, drawing her to me. In simple terms, I explained that yes, I may seem strict, but I do it to help her grow. I am firm because as a parent, I understand that her need to test the waters must go hand in hand with learning the ropes of being a child. And I know that’s a bit of a reach, considering I’m still stumbling my way through this parenting journey.

But, I assured her, I was immeasurably glad about one thing: her ability to tell me, to my face, what she felt. So perhaps, I could tone down the strictness and temper it with a bit more love. Reprimand, be firm and exercise that parenting right – all with a healthy dose of love. I’ve understood the message. Now it remains to be seen if I actually follow it through.

See, what I’ve realised is, at the core, we cannot really completely transform ourselves. I may have stopped yelling, but the fiery,angry, flare-up-in-a-trice woman has not really disappeared. She just found a way to hide it better and work on alternative methods to engage with her daughter.

Knowing that, somehow, is easier to acknowledge today than it would have been 4 years ago. It also taught me a very important lesson: to move from control to connection, in my role as a parent.

This post contains links to the Amazon affiliate program. As an Amazon Associate I earn from qualifying purchases. You can read my complete Disclosure policy here.

20 Comments on On being a strict mom 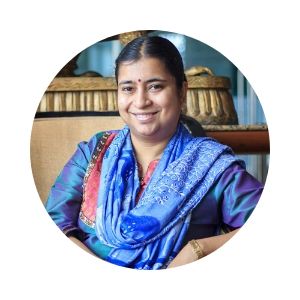